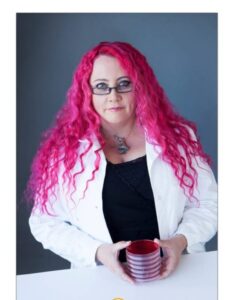 The hot topic of the long weekend is the New Zealander of the Year Award going to microbiologist, Siouxsie Wiles.

It was a celebrity/political, commercialised and ideology driven nomination, so while the Otago Daily Times is running to accusations of bullying in the face of criticism, I thought I might point out …

You can’t make a controversial award and then expect any great degree of bipartisanship acceptance of that.

And it is controversial in every aspect I’ve mentioned. You only need to look at the 12 months of photographic posturing, the politically loaded style of the Kiwibank Board who oversee the process, and the political obedience to conflicting information from Wiles herself in the face of the ‘covid crisis’.

Was this a politically astute award?

No of course it wasn’t. It was ideologically motivated and divisive and we will see where the dust falls at the end of the scrap. It was not an award that engendered the nature of our collective culture by any means.

I’m not going to delve into who might have been a better recipient of this year’s New Zealander of the Year Award, other than to say I’m quite sure there were plenty of deserving candidates.

Rather, I would point to the destructive place feminism has brought our culture to.

You may remember former NZ First MP Tracey Martin (who also oddly enough received her own unusual political appointment that I have strong reservations about) … saying in the 2017 election that women don’t attack women.

It is strongly engrained in feminist culture that only female politicians selectively attack females who disagree with their culture while supporting any woman who randomly attacks a man at whim.

That’s a predecessor to what we currently call the Cancel-Culture but it’s been alive and well since Clark came to power in 1999 and the unceremonious public dustup that happened between her and the former head of the old social welfare, Chrstine Rankin.

That shut down the voices of conservative women and I’m not surprised, I’m well aware of the extent of the righteousness indignation of this political culture and the ends some individuals will go to in destroying any opposition.

Quietly in the background I’m getting a sense that some women are equally aggrieved by this appointment and we are yet to see what they might have to say publically about that.

And we should be asking discerning intelligent women how long they will remain silent, it’s been about two decades now and while I not recommending a hunt for a white hero I will be interested to see who has what to say.

If you should happen to spot any sensible female commentary or if you should have your own bright perspective please record that in the comments.