A member of the UK Fathers 4 Justice organisation visited Men’s Centre North Shore last night. Paul Robinson’s mother Sonia told us that she was proud of her son for taking part in a protest which stopped London traffic for hours last February after they climbed onto gantries over arterial roads.

Five fathers are now being charged with criminal conspiracy by causing “banners to be on or over a road in such circumstances that it would have been obvious to a reasonable person that to do so would be dangerous”.

Sonia talked to about 25 local fathers and supporters about the increasing radicalism of the British father’s movement. She said that activists had been working for years lobbying politicians and making submissions “but no-one would listen”.

Since fathers have begun high-profile protests which cause major disruptions the numbers joining the movement have skyrocketted. Fathers 4 Justice has also received some large donations from wealthy supporters. Sonia told us that as well as the well-publicised appearances of superheroes, protests have included supergluing the doors of Family Courts closed and stuffing dead fish into a CAFCAS letterbox slot so that staff could not go to work. She said she thought it a pity that things had got so extreme, but there seemed to be no alternative way to get official attention.

As Sonia demonstrates, it is not just fathers who are behind the UK protests. So many grandmothers and partners of affected men have joined that a new group called Purple Hearts has been formed specifically for female supporters.

NZ Union of Fathers members at the meeting could be seen looking enviously at Fathers 4 Justice’s numerous media cuttings, not to mention their professional brochures and posters. There was no time to look at two videos, including one of Bob Geldorf, so these will be shown at a later date.

Also at the Men’s Centre meeting was a man involved with the newly-formed Fathers 4 Justice in Germany. Michael Hickman has a website set up primarily so his sons can contact him, but it also has extensive resources of use to men dealing with the German family law system. 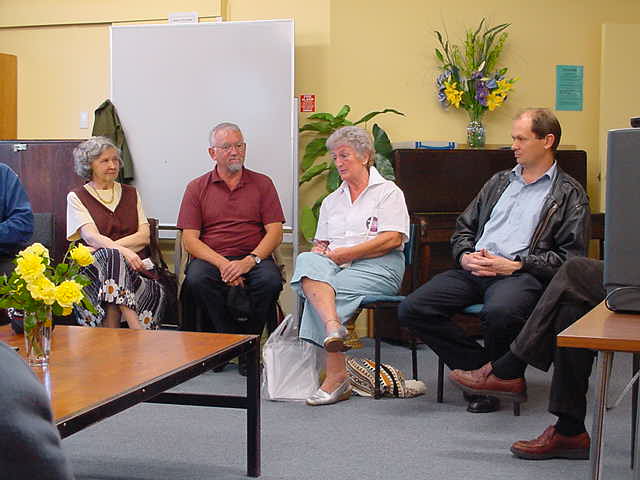 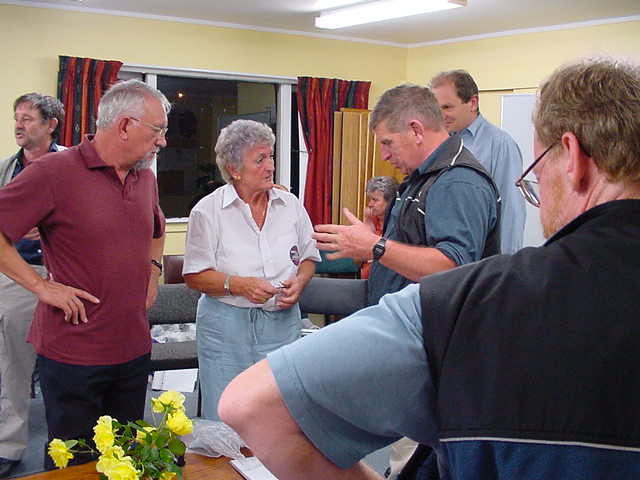 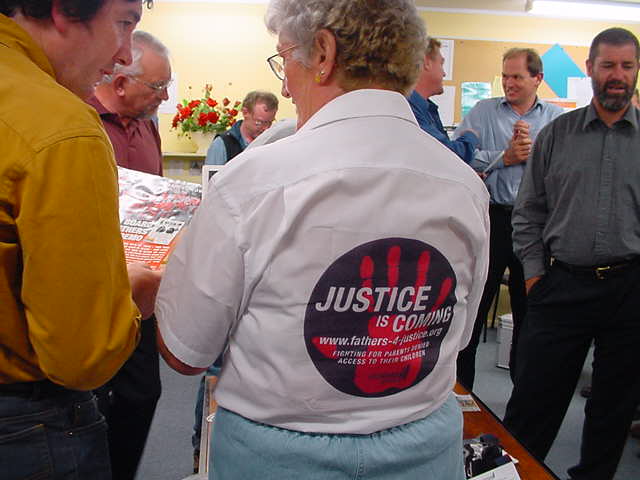 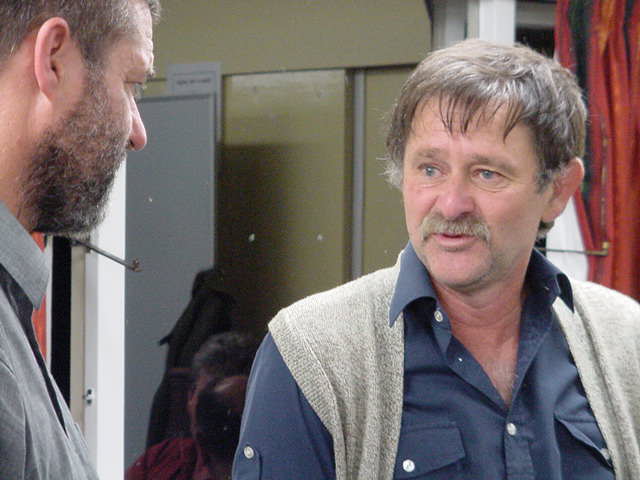