Felicity, my family and I feature prominently in the Sunday Star-Times today.

The central message of these two stories; that Felicity was influential in the recent changes to ACC payments for sex-abuse counselling; is a fabrication, and will no doubt be corrected by ACC in due course. All the old dirt about Centrepoint is just that.
[Edit Aug 2013: Here is Felicity Goodyear-Smith‘s response to this attack.] 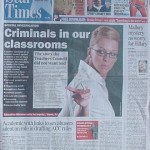 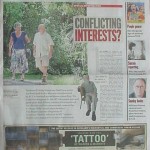 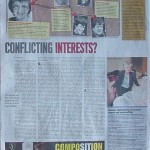 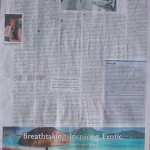 We first became aware of this rumour at the beginning of 2009, when we learned of an email circulating among AUT counsellors.

In August last year it was published on the web by the Luddite Journal website (run by “journalist” Sandra Dickson), under the title: Should COSA psych out abuse survivors?

On July 16th this year, it was further promoted by psycotherapist Kyle MacDonald on his own site, and another site called The Swamp Report – Information about changes to ACC’s Sensitive Claims Guidelines, where it was titled: Ideology of denial.

Last week, I was informed it was being publicised by “Maggie”, on Radio Live talkback:

Falsely connecting ACC’s attempts to properly apply the law with the promotion and encouragement of pedophilia has proved to be a successful tactic, however. ACC counsellors obviously have friends in very high places!

A letter to the editor of the Dominion Post by Gordon Waugh on 23rd August sums up the situation succinctly:

ACC has shamefully surrendered to the rants of a petulant sex-abuse industry and backed down over changes to the way claims are handled.

The legislation is clear. Cover for sexual abuse depends on a sexual crime having been committed and a consequent mental injury. Evidence of that crime is the starting point for claims. Mental injury must be correctly diagnosed. Those fundamental criteria are being conveniently ignored. In the absence of evidence of the claimed crime, every counsellor who submits a sex abuse claim to ACC commits the offence of using a document to gain financial advantage.

Counsellors are unable to detect sexual crimes. Most cannot diagnose mental injury. But based on their amateurish beliefs, assumptions and claims of competence, ACC accepted more than 120,000 sex abuse claims in the past 20 years. That must stop.

ACC must stick to its legislative guns and ensure all sex-abuse claims are based on testable evidence of the claimed abuse and correct diagnosis of mental injury by genuine mental health professionals. Only then can appropriate treatment be provided.

18 Responses to “The Sex Abuse Counselling Empire Strikes Back”