Mr Polania suffered an erection for days, before heading to hospital where doctors found his penis to be “inflamed and showing signs of gangrene”, according local newspaper La Nacion.

Doctors were then forced to amputate Mr Polania’s penis in an effort to stop the gangrene from spreading.

Just last week, a 25 year-old man from Yemen died from a Viagra overdose, after taking five pills at once on his wedding night.

It might be very interesting to see the results of the international abuse of Viagra. 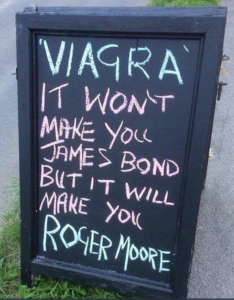 4 Responses to “Don’t mess with viagra”