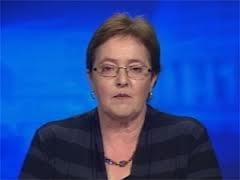 It is becoming increasing obvious that PSA secretary Brenda Pilott is actively involved in engineering ‘domestic violence in the workplace’ research to support changes to employment law.

Apart from what has been produced by Suzanne Snively (previously posted here) this is the only other New Zealand ‘research’ that I have found.

A thesis ‘The Impacts of Domestic Violence on Workers and the Workplace’ submitted in partial fulfilment of the requirements for the degree of Master of Public Health (MPH), The University of Auckland, 2013 by Margaret Michelle Rayner-Thomas.

A self-report questionnaire modified from the Australian Domestic Violence Workplace Rights and
Entitlements Project (McFerran, 2011a) was distributed by the New Zealand Public Service
Association (PSA) to 10,000 randomly selected members. A total of 1,626 valid responses were
received (16% response rate). The data provided was descriptive and was compared using chi-square
analysis according to age, gender, sector of the PSA, employment type, and employment role.

The PSA is the country’s biggest union with a make up of 70% Woman, the valid responses mentioned above were 75% women.

This thesis draws on other research to support the following view:

Estimates vary, but overwhelmingly, domestic violence is perpetrated by men against women.

Naturally women are excused for their violence toward men:

Women’s violence towards men tends to be resistant violence that occurs
either in self-defence or in retaliation to abuse she is experiencing at the hands of her male partner,
while men’s violence against women tends to involve more acts of terrorism, control, and extreme
violence (Johnson, 2006).

Where is all this headed:

There is a case to be made in New Zealand for legislation on the basis discrimination. The Human
Rights Act (1993) makes discrimination because of specific attributes (gender, sexual orientation,
race, family status) illegal. Such legislation could offer protection for workers under the auspices of
one of the protected classes. Some researchers have suggested that employers be held liable if they
have not taken action to ensure a victim of domestic violence is safe while at work and an incident
of domestic violence occurs since it has a clear gendered component (Johnson & Gardner, 1999).
Another option is to expand the attributes covered in the Human Rights Act to include “victim of
domestic violence’ as a protected group.

This Bill is an omnibus Bill. It amends the Domestic Violence Act 1995, Employment Relations Act 2000, Health and Safety in Employment Act 1992, Holidays Act 2003, and Human Rights Act 1993 with a view to enhancing legal protections for victims of domestic violence.