A report released last month has put the cost of domestic violence in New Zealand at $8 billion per year.

There appears to be a new type of inflation impacting our economy – Election Inflation.

This ‘$8 Billion dollars is a big increase on previous estimates. The difference between the $8 billion and the 368 million estimated in the PSA report as a cost to New Zealand business may be government funding of the industry – I haven’t seen the calculations to confirm the basis of their costing.

A 155-page report called ‘The Way Forward’ denounces the current industry as being in “Overwhelming Disarray” and proposes a new Integrated System for Intimate Partner Violence and Child Abuse and Neglect in New Zealand.

I don’t have any background information on authors Herbert and Mackenzie. You may be familiar with these names – if so please comment.

Neither have I seen the report, so if you happen to find it online somewhere please put up a link.

The former director of Sir Owen Glenn’s family violence inquiry has produced her own solution without waiting for the inquiry to finish its work.

Now doing the maths on this $8 billion.

The Ministry of Social Development’s Are you OK website says:

‘The economic cost of family violence was estimated at $1.2 to $5.8 billion per year by Economist Suzanne Snively in 1994.

In today’s figures that would rise to $8 billion p.a.’ indicating that the government accepts $8 billion as the annual economic cost of family violence in New Zealand.

No, this is not a satire piece – I assure you, I copied that straight from the report.

Take a breath, the reduction is not for IVF it’s IFV (Intrafamilial Family Violence) but the precision is amazing, right down to the last dollar. 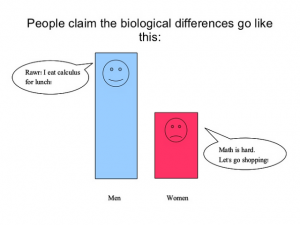 It is election year. I guess Ruth is getting in some early shopping the Domestic Violence Industry Xmas party.

Click here to cancel reply.
« Revenge by Media.     I am going to meet with a woman politician. I dont believe she is a feminist. »