Many shades of Gay

In a recent post first NZ gay marriage fails questions were asked as to whether this site was anti gay-men and if that particular debate was homophobic; distinguishing politics from the personal does not reside ouside of discussions on homosexuality, even if some would have us believe that.

When MH17 crashed recently pictures quickly appeared in New Zealand’s major news outlets, of Belgium national, Benoit Chardome. The connection was quickly made back here and for good reason. 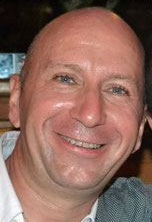 The news was quick to travel the world, not because of modern communication but because of lifelong friendships and the respect Ben had earned in his journey through life and around the world.

Many people would have seen Ben’s face and said, “I know that guy that’s Belgium Ben.” Others would have said “I didn’t realise he was gay.”

Ben lived and worked in New Zealand for many years in the spirit of friendship and community. Ironically he started life as a law student and fortunately realised that was not his destiny in life – yes he could have been a hated man on this site, had he not seen the light.

In recent years Ben lived in Bali and in his spare time had been working to establish a programme for troubled youth. Those who knew him, would have said, “That’s just the sort of thing Ben would do.”

Amongst other gay immigrants are political activists such as Tim Barnet. Originally a British national and a member of the Stonewall Group who through the Clark led Labour government became one of New Zealand’s openly gay politicians. Barnett was involved in social legislation such as the Civil Unions legislation.

Politically he is in good company amongst the Red Fems of the Labour party, but having migrated from MP to party secretary he is also a continuing destructive influence in the downward spiral of the party.

With a male apologist for a leader and a political gay-boy as party secretary you can understand why Labour is having trouble getting the party faithful into the hall – politics is always a game of self-interest but people are starting to wake up to what their game really is.

As long as Barnett is the party secretary and Cunliffe its leader, there’s about as much chance of the resurrection of Labour as there is of breathing life into a dead parrot.

Gay men are part of society, not in the same numbers as heterosexual men obviously and while they should never be beyond recognition for their contributions to society, they should also not be above criticism because of their sexuality.

Or for the convenience of feminists should they be allowed a social status equal to women and above men.

One Response to “Many shades of Gay”