A Masculine Declaration of Independence

It’s a dangerous occupation drawing comparisons between people, as you run the risk of bumping into other’s preconceptions and opinions.

However, after listening to the Youtube video of Warren Farrell speaking at the 1st International Men’s Conference, held recently in Detroit Michigan, I dare to take that risk. 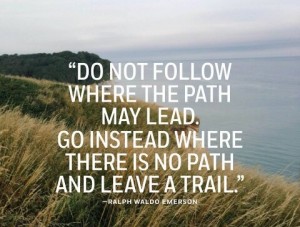 Farrell’s contribution to the conference comes from decades of social research; so what he has to say is condensed and comprehensive, and based on the foundation of his considerable experience.

As much as feminists would like to laugh him off – they can’t – he has been amongst them, and knows them well.

There is an intriguing point that Farrell makes at the beginning of his speech, about his book the ‘Myth of Male Power’ (Review and Purchase) where he talks about showing the draft text to his father.

A father asks his son if he is prepared to wait a generation before people even start to consider his thoughts.

It is a milestone and probably a great relief to Warren that this has finally happened within his lifetime. He has lived through the gauntlet of being ignored, ridiculed, attacked (and survived) to be respected not only for what he says, but for being right.

However just to clarify, the comparison I draw between Emerson and Farrell is not about the nature of their writings, but the courage to be different, in an often indifferent world, that likes to be habitual and normal, and becomes too accepting of the current circumstance.

With the rise of any civilization, it requires that men be collectivised and utilised for its survival, at the expense of their individuality and freedom.

That’s the fight that Farrell talks about, the conversation he is having with his peers and with the White House. We’ve had it here (to a degree) in New Zealand already, unsuccessfully, or successfully side-lined by politicians, depending on your point of view, but at least we are not alone in raising that same voice.

We have had our conventions, men’s tables, discussions, organisations, and we’ve even had Warren Farrell here in New Zealand back in the late 1990s.

Has the time come for that second wave of a raising of awareness, of the lack of political recognition of our issue? A call for initiatives that will steer New Zealand away from what Warren calls the ‘Boy Crisis’.

Where do we start – is it time to get Warren Farrell back to New Zealand again?

To hear what he has to say first hand and translate that to the New Zealand situation.

Now there’s a challenge for the inspired amongst us looking to bring about change.

10 Responses to “A Masculine Declaration of Independence”