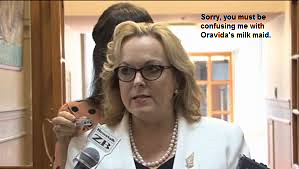 The concept of the glass ceiling.

The idea that there is an invisible barrier of prevailing attitudes that stop women and minorities reaching their potential or place an impediment in the way of their right to advancement, to reach a level of achievement that would otherwise be obtainable if they weren’t part of a particular group. (my definition)

You have to accept there is some validity to the proposal; there would be situations that discriminate against individuals because of bias relating to a particular person, what ever the foundation of that may be – it is human nature that we discriminate toward our own personal interests.

New Zealand, in respect of women, has long overcome any glass ceiling; having not only succeeded in reaching the heady heights of Governor-General, Chief Justice and Prime Minister, (we had women mayors in the century before last, so that doesn’t really rate a mention) women have also been so successful in their professional aspirations they now dominate in numbers when filling the available spaces in our universities.

For everyone that reaches any position of power, authority or responsibility, there is always the possibility that they may behave in a manner that leads to their downfall. The threshold though which one may descend is not always obvious, then again sometimes it is misjudged – the glass floor through which one may have descended without realising.

When these people are brought into the spotlight – trial by media – the public response goes a long way to determining where that glass floor should sit, and whether the felon should be allowed to continue their walk above it.

It is always there, and rightfully so.

There will always be those, no matter what they have done, that will deny their wrong doing and expect the public and the media in some way to overlook what they have done. My observation of these people, is that it is usually their own arrogance that gets them into this position in the first place, and the same arrogance that expects that they should be treated differently.

Judith Collins MP in this respect is a prime example.

What makes this situation different, is that we are not used to seeing visible corruption in this country; Collins has taken us to a new level and it may take a while for some people to understand what exactly she has done wrong.

Collins is the ‘new face’ of corruption in New Zealand.

What disturbed me this week was twofold. First, the obvious expectation that she should be treated differently, her behaviour in parliament (which speaker David Carter – a member of her own party – described as “very unsatisfactory”), refusing to answer oral questions, failing to front the media and instead orchestrating arranged interviews like this one (with Lloyd Burr) where she is doing her best to manipulate the media. Secondly, the claim that the media was dragging her family through the mud.

Ah what? (If you listened to that crippling interview – Collin’s pulling out the sympathy card – just pathetic.)

It was Judith Collins that took a ministerial trip to China and involved herself in her husband’s business affairs.

That is not just a conflict of interest, it is blatant corruption, using a New Zealand ministerial position to further your own interests.

Crusher Collins as she has become affectionately known has developed an arrogance, as has been shown before on this site, with her personal manipulation of Child Support legislation, (along with her flagrant dismissal of the Binnie Report) where the prevailing attitude is, now that I am here, I can do whatever I want.

So, Collins has been held to account, and not by a ruthless media, but a diligent one, who can recognise the sight of corruption that plagues other countries, when they see it.

This is not a case where you drop through the glass floor and the public debate helps determine whether you rise to walk on it again.

This is clear cut, swinging your own axe material. Collins’ positions, is one for which their is no redemption – She smashed her own glass floor and it is no longer there for her to walk on.

There is only one course of action, and even then one could not call it the honourable thing to do, simply the only thing to do and that’s hand in your ministerial warrant.

The Prime Minister’s handling of the Collins affair has been no better. Key has handed his minister the biggest pussy-pass this country has ever seen, failing to demand her warrant even after she mislead him, and even then sources suggest the truth eventually came from MFAT and not her own mouth.

For all that Collins has had, a free public education at then, one of the best schools in New Zealand, and the freedom to rise without fear of any ‘glass ceiling’ and the freedom to participate in society at every level and she has let us down badly.

Women should not be reluctantly or casually standing on the side lines on this issue simply because Collins WAS one of their success stories – the greater issue here is that we do not need corruption within the ranks of parliamentarians – we do not need it at all.

There is on only one acceptable outcome here – Collins must go.

5 Responses to “New Zealand Women and the Glass Floor”