Those who pay attention to New Zealand parliamentary debates will be well aware that there is seldom if any male perspective offered in our debating chamber to balance the overwhelming feminist dogma that has become a visibly dominant and mostly unchallenged voice – and even when challenged – that generally concerns financial priority and affordability of legislation. 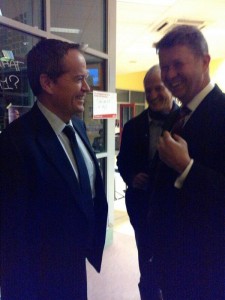 It is a trend that’s been present and advancing for some time but not one that has been unnoticed by politicians. For some time the ACT party sought the male vote on the back of Family Court protests with the promise of shared parenting legislation and in the 2005 election campaign New Zealand First made a pitch for the male vote – “A man for a change” – was the sub script with Winston Peters’ picture on campaign corners.

I highlight ‘male vote’ because the voters being targeted weren’t men in general, they were men who had been mauled by the system, by the failed experiment that is our Family Courts, by the Child Support system, and by policies such as remove or arrest the male at domestic incidents.

Sincere or not these politicians were system apologists who in reality had no hope of effecting change. As Nick Smith found when he became the first MP to be charged with contempt of court, for intervening in a Family Court case, this is a system that is intent on not being challenged or changed.

That was a numbers game. As long as the numbers of men affected aren’t too great, collectively they are no political force and are often dismissed as deserving of what they got.

The greater male vote, for obvious reasons has always been based in unions. Earning your daily bread, especially if you had a family was central to a man’s life. The post New Zealand Labour abandoning men looks back to the early days of last century and the formation of the union movement and its association with the Labour Party.

If you look at New Zealand’s modern day unions, the largest being the PSA (discussed here Public Service Association (PSA) – a feminised shipwreck) this is a union that is now over 70% female across its membership and promotes predominantly feminist policies for the advancement of women.

The Labour party no longer represents what we would call the Union Movement. It’s a highly feminised political party that represents the interests of unions like the PSA and promotes the advancement of women.

Men are yet to come to the realisation that their unions are becoming baseless political vehicles supporting a feminist party on traditional alignment rather than representative policy.

We are not alone in what’s happening here.

The Labour Party conference in Wellington this weekend was addressed by Bill Shorten, leader of the Australian Labor Party. He is a strong advocate of Australian Labor abandoning unions completely.

What he is promoting is elitist politics, where politicians place themselves in a class above those they might represent. It is a big move away from the representative politics, we have grown up with.

This won’t stop the left holding the position of the ‘champion of the people’ but it is a major shift in the political dynamics we are used to.

The New Zealand male voter is no longer alone in his political isolation – men need to be aware that this is an evolving situation that will leave them increasingly socially and financially disadvantaged.

Worse though, men are losing their hard won political representation, and very fast.

5 Responses to “The Politically Unrepresented Male”