False accusations of abuse in the UK

I spent yesterday in Cardiff, where Felicity was speaking at the annual conference of FACT – Falsely Accused Caregivers and Teachers. The United Kingdom is currently experiencing a wave of sex-abuse hysteria. Saltrese thinks there should be a statute of limitations requiring that a complaint be made within three years of the offense, or of a child reaching the age of majority (ie: 18). He believes it is not possible to get a fair trial for accusations which may be decades old.

We heard about a 96-year-old man with dementia who was charged with sexual abuse. It is not uncommon for people to be arrested for events which supposedly happened in the 1960s or earlier.

The first speaker Simon Warr, a former teacher and broadcaster told us that he spent an astonishing 672 days after his arrest waiting for his trial, where he was acquitted by a jury in just a few minutes. His career as a TV presenter has been handicapped ever since despite the innocent verdict. 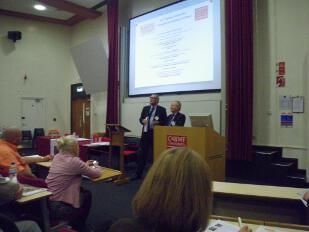 In contrast to the radical feminist influences behind the witch-hunts 1990s, the main driver behind the situation in the UK seems to be the police, and the availability of compensation.

Although crime rates generally in the UK have fallen, police numbers and budgets continue to increase because politicians dare not refuse funding for hunting pedophiles.

A former resident of a children’s home told us that the police visited him four times promising substantial compensation if he would make statements incriminating his former teachers.

Another conference attendee was told by a senior police officer that they now have targets for prosecuting sexual offenders, and that police KPIs (key performance indicators) include the numbers of successful abuse prosecutions. 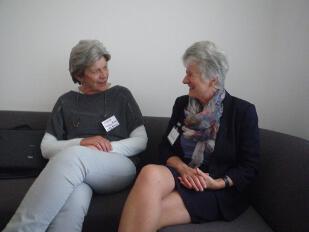 We had an interesting conversation with Susanne Cameron-Blackie, writer of the well-known blog http://annaraccoon.com/. Cameron-Blackie has written a lot about the persecution of public figures such as Jimmy Savile.

MENZ readers will find this blog fascinating I am sure.

One of the most interesting conversations I had was with Nick Smithers, who runs AMIS – Abused Men In Scotland. This is one of the first government funded organisation for men I have heard of. Nick trains police and other social service providers, as well as providing direct support to Scottish men. 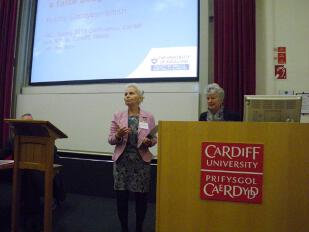 Felicity and I have been wondering if another wave of false accusations is about to hit NZ. It may be that the inability to gain large sums of compensation will protect us.

50 Responses to “False accusations of abuse in the UK”

Click here to cancel reply.
« Songs     Was this about his child? »