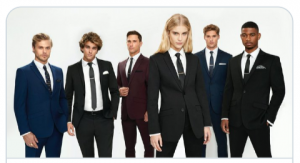 It’s a female in front of a few guys, no big deal. If it was Suzi Quatro standing in front of a backing group I’d probably join in and start singing, The Wild One.

This is commercially inspired advertising, marketing from a clothing company, with this season’s message to women. 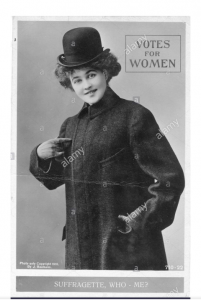 Here’s another old picture, from the archives of Feminism.

If you watched the video clip, then you’re looking at 3 snapshots about 50 years apart that span the last century.

When it comes to the battle of the sexes, combat fatigues can be a serious business. If you are old enough to remember back last century when women wore dresses and skirts only, you might also remember the roaring national debate in conservative New Zealand as to whether women should wear this new thing called trouser suits. The issue briefly surfaced again when Helen Clark as our new prime minister wore trousers to her first meeting with the Queen.

Is there a bigger message, a more threatening message in this latest take on the clothing issues that cross the genders?

There’s more to this than meets the eye, so help me out here, what’s going on in this latest round of daily battle dress?

Adding in this last picture in relation to the discussion in comments 4 an 5. 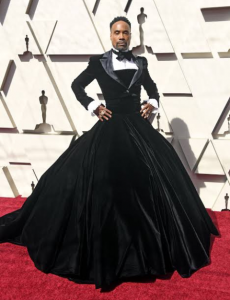