Would The NZ Police Treat A Woman Like This? 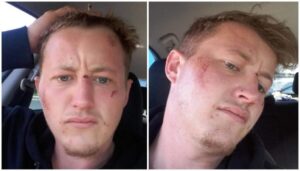 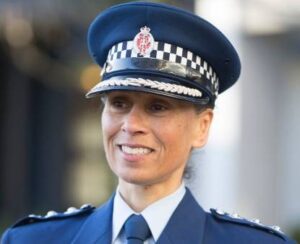 Seems the independent Police Complaints Authority are not so independent after all. It appears to be just a front to avoid criminal charges.

The length of time to investigate one(s) of their own on physical and sexual assault has taken far too long.

And why does the media print his name and not the offending sworn police officers?

Imagine the police bashing a woman, forcing her to take her underwear off in front of camera’s. And what were the police expecting to find down there anyway?

Imagine if a woman said to police she was sexually assaulted by police and the police told her “Well, you are a good-looking woman”. What is the name of this police sergeant? And why is that called banter if it was a man?

Where are the criminal charges Supt Naila Hassan? And why do you get to keep your job if you won’t charge your own with assault, sexual assault?

If I was in a gang, and we took a drunk woman from the street, made her sit in a drivers seat of car with her bottle of bourbon to frame her, bashed her, smashed her phone when she started to video me, pepper sprayed her, handcuffed her, stripped her, ripped her panties off, rubbed her vagina. – Where would I be now? That police person needs to face a criminal trial.

All credit to Mr Matt Burrows, an Auckland based reporter for Newshub.

3 Responses to “Would The NZ Police Treat A Woman Like This?”

Click here to cancel reply.
« Trust Is The Key     Our Confused World »