Review: Buck Up – the Real Bloke’s Guide to Getting Healthy and Living Longer

Last night Felicity and I attended a function at the Millenium Centre to celebrate the launch of a new book for men by Buck Shelford and Dr Grant Schofield. 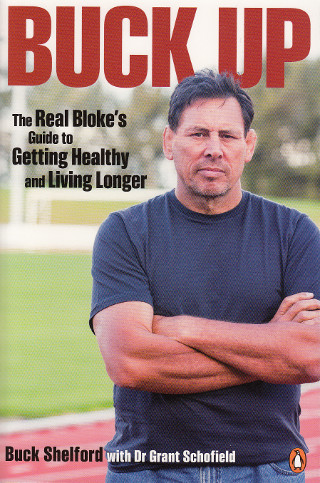 Since ending his career as All Black captain, Shelford has beaten cancer and shed 25 kilos of excess weight. He tells his personal story in the hope that it will inspire others to follow his example. One comment he made in his introduction that has stayed in my mind is that in many Ngapui areas up north there are dozens of widows in their 40s and 50s.

Schofield is Professor of Public Health at Auckland University of Technology (AUT) and Director of the Centre for Physical Activity and Nutrition. In his spare time he competes in triathlons and Iron-mans and suchlike, so he practices what he preaches. He is also an excellent researcher, according to the official MENZ adviser on medical matters (AKA the wife).

He gave what I thought to be a very important piece of advice to dads: make sure your sons learn about risk assessment and consequences by climbing trees when they’re 8 rather than driving a Subaru at 18!

The book is split into four sections which give a pretty good overview of the basic message:

At first I found it a little confusing to know which of the two authors I was reading, until I figured out that Buck’s contribution is in sans-serif font. I was interested to learn about his attitude to life, and if this book does nothing else than influence a bunch of other Maori men to change their behaviour then it will have been a worthwhile exercise. There are lots of inspiring whakatoki (proverbs), which I enjoyed.

I was shocked to read the top 5 killers of Maori men: heart disease, suicide, lung cancer, motor vehicle accident, and diabetes. I learned a few other interesting bits and pieces, but generally the book confirmed what I’ve already discovered in my own life. I “bucked up” myself a few years back.

I was disappointed there was not more on the issue of suicide, given the statistics above. This isn’t in any way a political book though; it’s focused on practical solutions men can use to improve their lives. 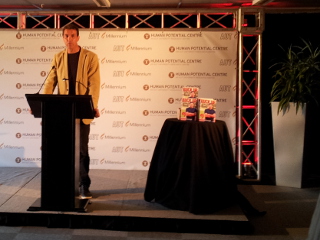 Some of the scientific medical information contributed by Schofield is quite detailed and more suited for an educated reader rather than the general public, in my opinion.

I think the addition of a “Key Points” page at the end of each section would have been useful for men who find the entire book a bit daunting. I suspect many of the men who most need this advice are likely to find it hard going.

On the other hand, I think it should be required reading for anyone working with NZ men, and it will make a useful resource to back up and inspire education efforts. I recommend it for any men keen to learn more about their health, diet, or athletic performance.

I suspect a fair few women who have a man that they love will also buy this book.

4 Responses to “Review: Buck Up – the Real Bloke’s Guide to Getting Healthy and Living Longer”