I’m too sexy to be a man

“I don’t often say it – I’m sorry for being a man,” Cunliffe said, “because family and sexual violence is overwhelmingly perpetrated by men.” 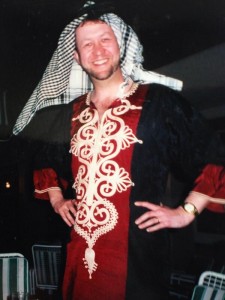 In pursuit of the ultimate prize of ‘Grand White Knight of the World’, David (I want to be Prime Minister of New Zealand) took it upon himself, on behalf of all men out there, to apologise for being a man.

We understand the White Knight Theory; that shame should fall upon all men, because every single woman in the world is not protected from the ravages of the rogue male.

Well, reality is Mr Wishful Knight, that the world isn’t perfect and you don’t get to have the privilege of blaming every other man in the world for that – we will not be collectively shamed by you for the political purposes of New Zealand feminists.

Speaking to a room of mostly women in Auckland today, Cunliffe spoke of the “bullshit, deep-seated sexism” still prevalent in New Zealand.

Being representative of the feminist ideology David was true to form labelling the New Zealand male ‘your typical misogynist pig’.

Every European, Maori, Polynesian, Chinese, every Christian, Catholic, every Jew and every Muslim, every black man and every white man, David apologises on behalf of you all for not being perfect.

Don’t take it too seriously – it’s really because his party is at 28% in the polls and dropping, and as Deputy Leader Grant Robertson said recently;

This is David’s chance to be Prime Minister.

Looking at the comments from David Cunliffe in news articles commented on in the post, I am sorry for being a man it looks as if Cunliffe views women as superior and himself alongside them, but he talks about ‘New Zealand men’ in language like they are a stain on our society, some sort of sub-species to feminists.

Click here to cancel reply.
« I am sorry for being a man     Marriage fuels abuse »