Many times throughout the life of this site authors have raised concerns about media reporting, and often blatant reporting, of news written to favour women or to demonise men. After years of harping we less often see the obvious one liners like ‘the deadbeat dad’.

But there is something more sinister afoot when it comes to media engaging in the practice of gendered reporting; it is the indirect effects, rather than the obvious, that can be the most influential and damaging.

With New Zealand’s 2014 election campaign ramping up for a 20 September polling day expect to see more gendered reporting; especially with the Labour party leading the left with a domestic violence/rape culture campaign. Yes, it is unfortunate to see the political position of ‘rape culture’ surface during our election campaign and that has been fuelled by the diplomatic incident discussed in the post The Essay of Tania Billingsley.

This incident is also fuelled by what is called ‘yellow journalism’ which is the media tuned into sensationalism rather than journalism, simply because it makes more money.

TV3 reporter Paula Penfold is the latest to suffer a major lapse in judgement trying to justify the reporting of Billingsley’s Essay by TV3, Penfold saying

“Surely she (Billingsley) has a right to express those views.” 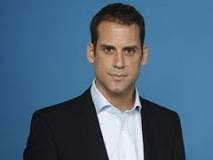 Her (Billingsley’s) right to her opinion and her right to freedom of expression then becomes Penfold’s tamely challenged (almost unchallenged) justification, thank you Greg Boyed.

Could you see a man being afforded the same opportunity to express his point of view when it comes to the pillage of men by a feminist society – I think not – but at the same time while, (and this is an important point) supposedly advocating for a ‘victim’s rights’ and regardless of anyone’s political positions just happens to be anti our current right wing government and pro our left wing’s opposition campaign.

When you cut away the yellow, the ‘journalism’ turns into more anti-male, politically motivated tripe that is a little more subversive but no better than a ‘dead beat dad’ pasting from an openly biased reporter lacking editorial direction.

There is another way in which we see a similar pattern of anti-male offending by the media.

A news article entitled ‘children most often killed by their mothers’ is brought to our attention in this post.

University of Otago Professor David Fergusson, an expert on domestic violence, said the public perception that men were the perpetrators of most domestic violence was the result of biased publicity.

“The proper message is that both gender groups have a capacity for domestic violence [and] women probably perpetrate more assaults on children then men do,” Mr Fergusson said.

The ramifications are a public health system that tends to overlook male victims of domestic violence.

This is found tucked away in one of the least populous parts of New Zealand in the Otago Daily Times in the deep south. There is no way that this news would be front and centre on our mainstream sites. Not because it is not news, but because it might offend the eyes of the feminist media guard.

So elections are won and lost in Auckland, but do you see the voter being fairly informed. No they are being denied access to the facts.

And what of Penfold’s argument – surely there is a right to express a point of view.

If you flicked into the article above on death statistics for children, do you see those dead children being afforded that right. Even in death there is a right to the truth, and we can see that more obviously in situations like the Mt Erebus plane crash disaster – where we wait for an inquiry to know why – and this is why we have corner’s courts, to answer those questions.

But here when the analysis meets the light of day, the media buries the truth because, it’s inconvenient to the women’s crusade in New Zealand.

So, when you have a journalist like Penfold talk herself into the silly corner, (we’re probably not allowed to discuss this because she’s a woman) shame on Greg Boyed for letting her get away with it, for the God of money and yellow journalism, and the damage caused by gendered reporting.