The Fourth Estate as we know it today generally refers to the media. It has been an evolving entity since the concept came to life in the middle ages, with the progressive development of social structures.

It depends on whose interpretation you prefer as to who or what the first three estates represent; there are differences between various countries and social periods, but this is not a debate about origins, rather the continuing evolution, and the dangers of any possible direction the fourth estate might take.

The estates represent divisions of the realm described in various ways, but might generally be held to have religious leadership (God) as the first estate, aristocracy (excluding the monarchy) as the second estate, and commoners (the mob) as the third estate.

Many quotes from Oscar Wilde can be relied upon to furrow a brow, no less so than this one;

In old days men had the rack. Now they have the Press.

Wilde meant that in the sense of the press being the saviour of the outspoken but with our modern feminist media we can forgive ourselves for asking, did this ever change?

I see two distinct directions that a feminist fourth-estate might head, both clearly visible in New Zealand’s 2014 election campaign. We’ve had a couple of posts recently The Essay of Tania Billingsley and Political Outcomes by Gendered Reporting.

The complicating factor raised in these posts is the involvement of a television network and journalist Paula Penfold’s portrayal of Billinglsey and the publication of her essay – putting Billingsley’s overt political position front and centre on national television. 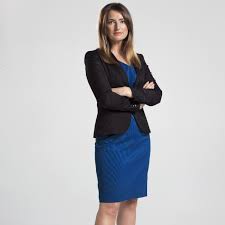 In the later days of the Roman Empire something similar happened where women took to mass protest, blocking streets and the harassing senators for the law changes they wanted – they in essence became law by mob rule, one of the earliest examples of feminist extremism and social decay within the confines of the great city.

When you look at the political games currently being played by the left in this election campaign, grossly exaggerating domestic and sexual violence, accusations of rape-culture and a country of unmanly men who should be apologised for, you have the political aristocracy and the media combining and inciting a similar female mob rule. It is frightening to see the daughters of the next generation turned into political fodder for the sake of a feminist election campaign, and the designs of a few warped women looking to turn government into a feminist machine.

Penfold attracted a fair amount of criticism over the interview both from within the institutional framework and various sectors of the public. She didn’t take it well, and used other media to confirm her point of view. (News Talk ZB interview).

Naturally this raised more criticism and Penfold took to twitter condemning her detractors as ‘paranoid’.

This is where we head in the second direction. The fourth estate effectively dissolving itself into and becoming part and parcel of the religious dictatorship of feminism.

Penfold wasn’t just putting a face on the television, or advocating for a victims rights, (something for which she is well known) she was advocating a clear feminist political position. Not only does she want that authority but also the authority to condemn her critics.

The feminist demi-gods of media quashing decent – the rise of the religion of feminism.

In the above cases what we see is a feminist media drifting toward and becoming part of either the first or second estates.

So where does that leave men?

You guessed it. We become the new third estate, the commoners, the new mob, the politically unrepresented, back to the days of old, as Wilde observed, men without a press are isolated and easy subjected to the racks of society.