Ripping your heart out through your wallet

In the last post we looked at Robin Williams as a men’s advocate and his political messages.

Here is an article by Christopher Bucktin looking at Williams’ personal life and the cost of his two divorces.

Robin once said of the break-ups: “Divorce is expensive. I used to joke they were going to call it “all the money,’ but changed it to “alimony’.

“It’s ripping your heart out through your wallet.”

The article is worth a read as it looks at the effects of divorce not only on Williams’ personal life but on his career and ‘his’ professional image, and his ability to work and fulfil his ongoing financial obligations to previous marriages. 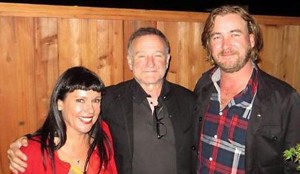 Typical of New Zealand media there was no time wasted putting a feminist perspective on Williams’ death. Well known New Zealand feminist zealot Michelle A’Court fronted with a picture of herself and Williams calling him “my hero”.

Hopefully one day she’ll come to the realisation it was her politics that killed the man – or as the British media slated, “tortured him to death”.

I won’t hold my breath though, the woman smacks of the ingrained selfishness and bigotry of feminist extremists.

She’s had her moment in his shadow, shed her crocodile tears, now she can go back to singing her ‘Rape Culture’ song.

But as for Williams, the best that might happen is that an equally talented investigator asks why this man died, rather than let his death be at the convenience of depression or addiction, upon which it is so easy to lay the blame rather than to critically look at the circumstances that enveloped the man.

That’s a culture that exists throughout the Western World and in the Western Media – it’s a ‘hate culture’ that will always blame the man for not being tough enough.

4 Responses to “Ripping your heart out through your wallet”