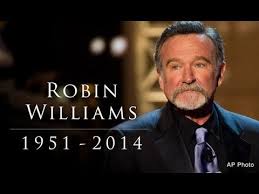 Yesterday the world reeled from the sudden death of Actor/Comedian Robin Williams.

Today tributes will flow, and rightfully so, from all corners of the earth, from those who knew him and worked with him, to those who respected and enjoyed his immense talent – he was a rare talent that could seize any moment, and turn it into theatre and laughter.

He will be remembered for his many roles, his ability to own the part, to make them unique likeable characters that only he could create.

But beyond this is another Robin Williams, a modern day Charlie Chaplin – both of whom are notable, not just because of their fame, but their political positions.

By comparison Williams has had it easy; the outspoken Charlie Chaplin was considered a communist supporter and was on the target list of Edgar J Hoover, because of his ‘unacceptable’ political views. 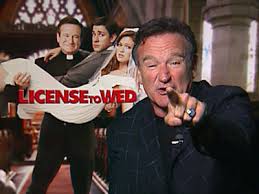 Some people might be wondering what political views I am referring to when I speak of Robin Williams. There was a time when I only saw the funny guy too; like ‘Mork from Ork’ and the hilarious ‘Mrs Doubtfire’.

For me the realisation of this other side of Williams came with the film ‘Mrs Doubtfire’ – it appears loud and exaggerated as much comedy does, but the thing was, when this film was released in the early 1990s, I had not experienced the family court or felt the very real effects of the embittered feminasties, that had made their way into positions of power within our social system.

The second time I saw the film I had, and I looked much more closely at Williams as a political voice. It made me realise that as a married man in New Zealand society, how removed I had been from the reality of feminism and the effect on the individual – how easy it was not to understand and be aware of what was happening to men, what was often being laughed off because the stories being told from behind the secrecy of the Family Court seemed sometimes to comical to believe.

Williams had a world view of male issues and was a political voice outside of his acting career; he protested war and homelessness, divorce and child support. While he understood the inner-child and it’s worth to the world he also understood the vulnerability of men within a feminist system. 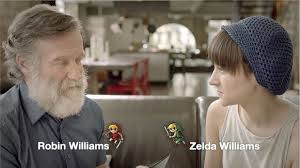 At age 63, Robin Williams’ prolific career has been cut short, apparently by his battle with depression and addiction, but his last message on social media is perhaps the one that should ring loudest.

Regardless of whether you liked this man’s work or not, or even him, he had message, he was on our side, and right to end he was still a father.

Related Post – Ripping your heart out through your wallet

Click here to cancel reply.
« Child Support amendments delayed a second time     Ripping your heart out through your wallet »