Have you heard of flat-line editing before?

Neither have I, but here is how I see it working. (Following on from Deconstructing Feminism)

Flat line across the page, with a zone above and below the line. The flat line is the line of incompetence. Walking along this line should get you fired for incompetence in the role.

Above the line is all things good, the professional zone – factual, accurate etc. – the things we would expect from an editor. Below the line is not the opposite; It is not all things bad

Below the line is a representation of all things good. It is the deception zone.

In order to be a good editor you have to function well above this line of incompetence. Yes, there I am up there doing my job.

So, what they do is operate as well below the line as they do above the line. They flick from the professional zone to the deception zone, same style and ‘appear’ to be doing their job.

You can spot obvious things like bias, spot the incorrect facts and demand a correction etc but if the editor stays away from these things, it is much harder to see what they are up to.

It’s easy to spot the rabid dogs of Feminism, the Sue Bradfords, the Jan Logies, it’s not just written across their face, you get it full volume coming out their mouth. But not so much the sweet little smiling lady, who is always polite, dedicated (supposedly) to their job, and not their ideology. Those smiling little assassins, that hide in the woodwork.

You wouldn’t expect that to happen in a ‘news outlet’ that cares about their ‘editorial standards’ AS MUCH AS Radio New Zealand, SUPPOSEDLY DOES, would you?
I’ve been told she’s a sweet little lady, and her name is Jane. Yes, it’s lil ol plain Jane Patterson down at the State Broadcaster. 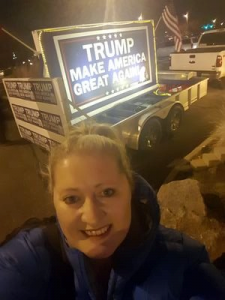 Let’s have a look at Jane in action in this piece Safety first, say family violence submissions. which is copied in full below.

When you read this, it looks pretty much like any other RNZ news piece, it’s business as usual, isn’t it?

I read the first line.

This is what I think goes on in the male brain.

This appears correct, but it is incorrect, so it doesn’t paint the correct picture and becomes an innocuous sentence, especially to the male brain. We gloss over it and go on to the next bit, not taking on board what just happened. Our brain focuses on the mistake rather than the sentence and we don’t capture the meaning of the other words, or the concept of the sentence.

In reality this is a lie. It’s bullshit. It is a total load of crap, and it’s only part of the first line.

The public ‘have’ not put forward a raft of suggestions.

This whole article wreaks of below the line deception, yet this woman calls herself the Political Editor at Radio New Zealand, and probably bitches about not getting paid what she is worth.

She is good at her job. The job she wants to do – not the job she should be doing. But she is a cowardly little bitch as well.

See the picture she has chosen of Amy Adams. What Patterson also knows, is how much men read from a woman’s face. I don’t know if that is an actual photo of Amy Adams or a computer enhanced job, but it’s a rabid dog picture.

It’s not little old innocent me doing anything wrong, go hate the politician, that’s what they’re there for.

Evil is in the mind of the tyrant, and this is devious manipulation of men in words and pictures.

I’ve started the ball rolling. My challenge to you now, is to go through the rest of the article and see if you can identify her other tactics, and comment. We need to get good at this.

The public has put forward a raft of suggestions to tackle family violence, including legal and financial support for victims, better access to protection orders and legal support, and potentially a change to the legal definition to reflect abuse can be psychological, not just physical. 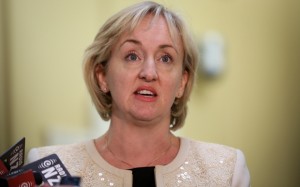 summary of public submissions] in response to the government’s review of family violence laws.

Ms Adams said she wants the law, and government agencies, to be more proactive, when it was clear there was a risk to family members.

“Part of a new approach to family violence is it’s a very different sort of offending, it’s not a one off incident where someone gets hit in a bar, it’s often characterised by a long pattern of behaviour that starts with control and intimidation and dominance and isolation and escalates to violence.

“And if we want to get in sooner and act more effectively I think we have to recognise those early patterns of behaviour,” said Ms Adams.

Submissions also highlighted the vulnerability of victims in the migrant community, concluding “immigration status can be a barrier to them reporting abuse or leaving abusive relationships”.

In the submissions there was a general consensus that safety should trump privacy, particularly with regard to information sharing.

Abuse of pets was also identified as a “tactic of coercive and controlling behaviour” and there is a strong correlation between animal abuse and family violence.

There were also several suggestions to support victims, through better access to public protection orders and providing financial assistance.

Ms Adams said decisions about specific proposals for law changes would be announced later this year, with the intention to introduce legislation to Parliament later this year.