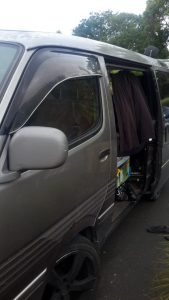 When the Mayor of Auckland started the Mother-of-all Homeless-count during 2018, it followed along the lines of our historical perceptions – the old men and the occasional woman sleeping rough, usually with an alcohol problem and not keen on any help from the Salvation Army or these days a drug and alcohol rehabilitation programme.

We had a post here for followers to comment on (back in August) although this did not attract a great number of informative comments.

Amongst the modern homeless and less inclined to be referenced by politicians and media is a grey area between a home and the street (that which family and friends call a couch or a garage, a helping hand, an obligation to their own) where a growing number of people whether by choice or otherwise exist in a less acknowledged sector of society.

This particular report relates specifically to Northland only but no doubt there are variations of the theme throughout the provinces that others may be able to comment on.

There is a higher percentage of females in this group compared to the street dwelling park-campers – the ones who immediately attract media attention. Overtly lesbian couples in their 20’s sleeping in cars is not an unusual occurrence along with the gypsy-hippy style couples who would never afford campervans. But also solo mothers, driving reasonably modern dark-windowed vans with varying degrees of furniture in the back.

What catches my eye though, is how well behaved these children are, sitting quietly often not talking to each other, not attracting any unwanted attention, seen but definitely not heard.

Of course, there’s an element of fear and a reluctance to talk about personal positions in such situations … regardless of gender.

And fathers are out there too. Having their Xmas access with their children sleeping rough or now days should we expect to find a father and son spending a happy night in a car park beside some public toilets – precautionary training for the young man’s future when he finds himself in the same position.

Young men, quality wheels, good clothes, by day who knows, when they attend their semi-professional job, that at night, they sleep behind the wheel of their car, blended in with the transient population of tourists and shall we call them the mobile-homeless?

And you’d think no-one knew about this … but here’s a little snippet from the freedom camper’s brochure;

Driver Fatique
There is a difference between camping and resting on the road if you are tired. If you are too tired to keep driving, then please find a safe place to pull off the road and rest before moving on.

This is local body legislation, that at the moment attracts a $200.00 fine, being enforced by contracted security firms, (a civil policing unit) that wakes and moves the mobile-homeless during the night when found in a place that doesn’t tolerate their presence or from any freedom camper’s site, if they have over-stayed the 1-3 night restrictions.

It’s all very new to our way of life and raises yet to be answered questions;

Will the numbers increase?
Will this lead to confrontations between security firms and the mobile-homeless?
Are security firms being used because it’s not a criminal offence to sleep in a car in a public place?
And are we going to see a range of local body rules that are used mostly to move homeless New Zealand men rather than the tourists and freedom campers they supossedly relate to?

It’s getting a bit Roman isn’t it; demoted from citizen to tourist? Waving the big stick at anyone who dares be out of their home at night – it’s almost a curfew on vulnerable citizens with nowhere to go.

No doubt 2019 will expand on some of these questions, especially during winter.

What’s happening in your part of New Zealand … Had Enough of those transient good-for-nothing losers degrading your neighbourhood?