The Death of Feminism 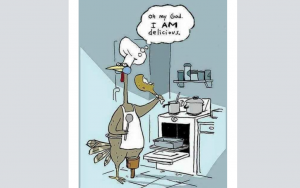 Feminism does not like being confronted by facts or reality. Objectivity and truth, without debating the specifics are the realm of progress and unfortunately justice when things don’t go quite right … we’re not perfect.

Recently however there’s been a bit of chaos around the place.

This mish-mash of Intersectional Feminism and Identity Politics has caused confusion amongst their ranks. They’re arguing over the ideological meaning of their own ism. This is good, as a great number of women from different perspectives are shaking their heads and objecting to the profound stupidity. I don’t know about you, but I was more than a little amused by the idea of becoming competent in this stupity in order to defeat it.

I’m not surprised that idea didn’t float too far, and a little relieved at the same time, that those who supported it have gone quiet.

At the same time our friends over at Spiked were busy creating a feminist identity to assist this self defeating enterprise. Their writer has unveiled himself today. We could have been arguing with ourselves if we had succeeded in becoming proficient at this.

The confusion running through international social media has trickled down to MSM who have been trying to keep pace with this and has left them short of script. They’ve gone quiet.

That’s amusing but there’s a serious side to this in the management meltdown of the power structure of Feminism. They’ve suddenly lost forward momentum. People are asking do I really want to be part of that? The flow-on has been for the stalwarts to retrench and drag their relics out of the closet.

While they’re busy back-patting and celebrating ‘their glory days’ the lack of social management is unnerving to say the least.

I think it’s important to not only recognise this but be decisive in filing that void, providing leadership, direction, and a touch of reality to give some direction to those who find themselves left with a disturbing uncertainty.

7 Responses to “The Death of Feminism”