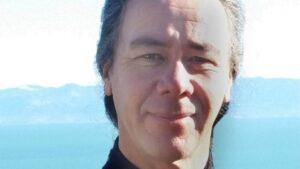 Robert aged 55 said to his son. “The problems we have, and the trouble you are causing, will take its toll on you and the family … you are only making things worse.”

Robert said over a meal to his child “never talk to the police, and not go to the upcoming court case, and no one could make them”.

Robert who defended himself, said he was merely informing his children of their rights.

Robert, defending himself for the sole reason he was broke from his ordeal.

Robert was jailed by Judge Tony Zohrab because he thought Robert was not remorseful.

On the penalty of “perverting the course of justice”, how many women have been jailed for 2 years for that crime in the Family Court?

By that I mean…. How many women have perverted the course of justice by influencing and alienating a child against their father?

Dear Robert. I stand beside you.

15 Responses to “Father Jailed for 2 Years for Texting Son”

Click here to cancel reply.
« An Acceptance of Failure     14 Men talk about the devastation of divorce »