To kill a Journalist 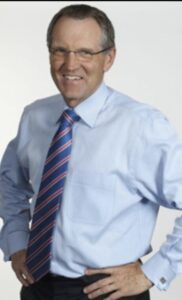 We’ve seen numerous journalists cancelled recently and they tend to be mostly male. Once again I make the point that men’s issues are inclined to be ‘mostly’ rather than entirely male these days.

The journalists that have been cancelled are the ones who haven’t been afraid to speak out, often in criticism of the government, as is the case with Peter Wiilliams who had a disagreement with Finance Minister Grant Robertson on ideological rather than economic grounds.

Industry journalists in New Zealand media are increasingly restricted to a journalistic code dictated by government demands rather than professional standards. It’s an important distinction that has for the better part of two decades, seen journalists professional or otherwise, driven underground or overseas in greater numbers.

Unlike overseas where we have a high incidence of work related deaths (which tend to be deliberate rather than accidental) in this country we operate on obtaining compliance and various degrees of intimidation or persecution.

What we see today, is a clear demarcation now between a government funded industry (with that journalistic code) and democratic journalism existing in a somewhat liberated state, generally on social media and within new media, rather than alongside or in direct competition to our mainstream.

The ensuing downside is that this alternative industry (regardless of gender) operates generally without professional accountability and includes various degrees of activism, or sectorvism (I may have just coined that phrase) from some individuals or organisations.

We have at the moment and with somewhat vague details presently available, the case of Graham Philip, an amateur journalist from Taupo, who has been on remand and seemingly without charge since late last year. This I would suggest wouldn’t be happening if it were a female in a comparible situation.

Graham Philip, since the situation was exposed by Counterspin Media, now has a bail application before the Taupo High Court, next week, and is represented by Mathew Hague, the lawyer who has been so successful in securing the mandate outcomes against the government health order.

I look forward to some clarification of Philip’s situation. Media or Political, no man in NZ should be exposed to these suggested extremes and if so, what are the freedom limitating justifications we ‘men’ now live with?

Coming back to the example of Peter Wiilliams, it has to be said, that Williams (perhaps without realising) is doing some of the most important work of his career, in helping an audience understand what it is they have, before it is gone.

5 Responses to “To kill a Journalist”