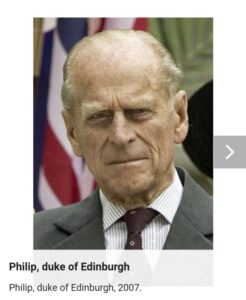 Leadership was definitely an issue being discussed in the public discourse this weekend without news of the death of Prince Philip.

A long distinguished career as the Queen’s husband has been central to his 99 years, more so than his miltary career, in the service of the Commonwealth of Nations to which New Zealand has long been a part of.

Many reading this site will no doubt have a Duke of Edinburgh Award, from their own formative years of development.

Is it just old school stuff now – unwanted pale-stale-male stuff … as Stuff journalist Andrea Vance so quaintly wrote, albiet in reference to Chris Luxon and other MPs rather than Prince Philip and in relation to who might replace Judith Collins as leader of the National Party, rather than the British Monarchy.

Collins’ husband wouldn’t be seen in the same collective manner and strength, of the leadership provided by the Royal Family.

But there’s a tendency here in NZ to try to make female leaders look like lone heroes achieving fame on their own.

Perhaps Vance married a toy-boy or just sees her husband as a handbag of choice rather than one that needs changing now and then?

Even though Collins is struggling in the leadership Vance defends Collins with a backhanded swipe at the rest of the National Party, especially conservative men.

But she’s Irish of course and they have a different view on that British style leadership.

So, when you look at this, there is no cultural norm in our NZ leadership style, like you would have said of the statesmen style up to say, the Holyoake era, or perhaps even to Jim Bolger bringing up the rear guard.

Do we actually know what we are looking for? I know I’ve had enough of the flamboyant gesticulating that some journalists and politicians revel in. That in itself is quite insufficient and no substitute for intelligent news.

Have leadership qualities become such a vague persona we struggle to see them in any individual nowadays?

Is leadership an essential part of society, where we need that strong leader to quell the riff-raff that are quick to exploit the power vacuum?

What’s your take on leadership today?