‘Why has no one been made to pay for almost ruining my life?’ Sir Cliff Richard 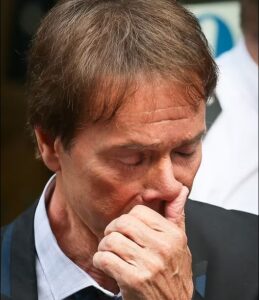 ‘Why has no one been made to pay for almost ruining my life?’ Well, that’s a good question Cliff.

The answer is, “we wouldn’t like to prevent others coming forward.”

You wonder how that resolves or excuses the Met Police, who contacted the media and arranged to video the raid on Cliff’s home.

The media is allowed to run their own campaign months or years before a hearing. And as we all know, the accusation is the verdict.

Even not guilty verdicts are treated as “well, where there is smoke, there is fire”.

If you don’t believe me, search the words “Prince Andrew.” See what his loss is before a hearing.

If there was a law to prevent name publication until a guilty verdict, that would go a long way to prevent mental health. The mental health of the families, children of those connected to the accused as well.

Mental health is a newer term to describe people who were abused, by somebody else, died by their own hand.

Currently, New Zealand unreservedly continues to provoke and incite male suicide. They do it without penalty and then blame him by saying, he had mental health.

The blame lays with those who cause mental health and not the victim.

5 Responses to “‘Why has no one been made to pay for almost ruining my life?’ Sir Cliff Richard”