Jacinda Ardern is quitting as New Zealand prime minister ahead of this year’s election saying she no longer has “enough in the tank” to lead.

If you don’t have anything nice to say, best to say nothing at all – what your mother would say? 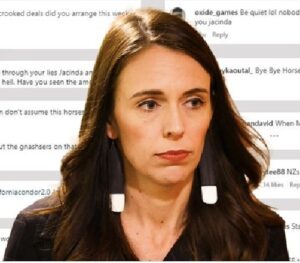 I can find very little to say about Ardern that wouldn’t be classed as misogynist bile by feminists. I’m not unhappy about earning that label.

I’d rather not live in their egotistical imaginary never land though and I can’t really be bothered making the effort to write more.

It’s a sunny day and I’d rather be at the beach knowing the Labour Party will be spending their weekend trying to decide who might not be their next big failure.

That’s the reality, and the denial for some feminist collaborators wasting words in their determination to clutch at the retreating fantasy they exist with.